Clubbing in Greece has come a long way since the days of drinking ouzo and climbing partially lit mountain trails to listen to Cretan music in ancient ruins. This summer, there are quality electronic music festivals taking place, with lineups including DJ Harvey, Midland and Jeremy Underground. You can snorkel in the day, party on the beach at night and even hike down a gorge to recover if you want.

Could Greece’s music scene restore its reputation as a tourist hotspot after years of economic downturn, social unrest and the human crisis that has led to overcrowded refugee camps?

Sean Tipton, from the Association of British Travel Agents, says yes. “More than 2 million visits were made to Greece from the UK last year and so far bookings for 2016 are looking set to overtake this figure,” he explains. “It is really positive for Greece after some years of decline.”

One explanation is to be found in the revival of dance music. The electronic music scene is the driving force behind a whole host of events this summer such asOdyssia festival in Alepokhóri, Attiki, Rhythmatic open air festival in Pelion andReworks festival in Thessaloniki.

“There are lots of great festival spots in Greece and more and more young people are getting involved with electronic music,” says Panos Karatzas, the Thessaloniki-based editor of UrbanStyle magazine and manager of Claap Records. “People are searching for new music and collecting vinyl. A lot of youngsters are producing their own stuff too.”

Since the economic downturn, locals have been forced to reconsider pricing and young tourists are now finding the country affordable. Tipton says: “The growth has been partly driven by the fact that the economic situation in Greece has led to hotels, restaurants and bars taking a more realistic attitude towards pricing.”

He adds: “There is currently fairly good availability around the country but the islands of Kos, Samos and Lesbos offer particularly good value.” He says tourists are put off by “an inaccurate perception” that these islands are particularly badly affected by the refugee crisis.

With around 60% of young people unemployed in Greece, promoters are careful to keep prices down for locals too and most parties have free entry, something that is quite rare elsewhere in Europe. Dimitris Rokos, a promotor and resident DJ in Athens, says: “It’s become clear over the last few years that young Greek people still want to go out and party but almost always with the lowest possible cost.”

However, Aristides Hatzis, associate professor of economics and law at the University of Athens, says, in general, the Greek economy is not improving. “There is no investment, no private sector, the reforms are going to be half-baked and the privatisation process will be turbulent,” he says. “Tourism is the only exporting industry that works.”

Last year a record of 23.5 million tourists visited Greece and more are expected this year, especially from Germany and Russia. However, Hatzis is unsure if there will be a similar substantial increase in British tourists and he says tax evasion in tourist destinations is still rife.

One way in which festivals might help the local economy is that unlike many European dance music festivals, where the sole focus is on music and partying and revellers are encouraged to spend their money on site, Greek organisers are keen to show off the surroundings. Odyssia, which is held in early September with a lineup that includes Gilles Peterson and Francois K, is located close to one of Europe’s largest wild flower gardens and a thermal spa, and attendees are encouraged to visit the nearby trekking, cycling and climbing hotspots.

“In Croatia, there are massive and crowded festivals with great lineups. But the Greek festivals will offer you a spot right by the Aegean sea, with good prices, nice food and a good lineup, too,” says Karatzas.

There is no question that Greece is still struggling to get back on its feet and many young people are moving abroad to find better job prospects. “The economic situation is hard for everybody,” says Papaeleftheriou. “Things have been going wrong for a long time and everybody knows about it. So many sad things have been happening and still are. But in order to come out the other side, us Greeks need to stay optimistic recreate a tourist product that is popular again.”

Unlike Croatia, which has long been a destination for rave tourists and now has more than 20 major events throughout the summer, the Greek police and local authorities are not making it easy for music fans. Parties get closed down and this, combined with the decline in social structures for young people, is making it tricky for the festival industry to grow as fast as it has in other countries.

acob Martin, aka Hodge, who recently played in Athens for the first time at aDimensions Festival launch, says the party was held at an outdoor space in the centre of the city but the police shut it down by midnight. “However, in under an hour, the promoter had managed to find a different club nearby where we could move to,” he says. “We packed up the decks, jumped in the car and, in under an hour, loads of people from the outdoor event were in this little basement dancing.”

Despite the difficulties, Martin says he isn’t surprised that the country appeals to British electronic music fans. “The promoters I worked with have booked people such as Shackleton, Pinch, Peverelist – and the location could easily rival any other place I’ve been for parties,” he says.

Unlike some foreign festivals, which are run by Brits, the Greeks seem to be doing it their way. “I wouldn’t want to see English promoters going there and starting a big festival. These guys know what they’re doing,” Martin says.

Most of all, the comeback is being driven by the Greek love of a good party, says Greek DJ, Anna K. “The Greek calendar is full of festivals, and Greeks are always up for a celebration. This is the country where you get two birthdays – the day of your birth and the official day of the saint you are named after. And individual islands and villages often have their own celebrations.

“After all,” she adds, “this is Greece, the birthplace of drama, performance and entertainment.” 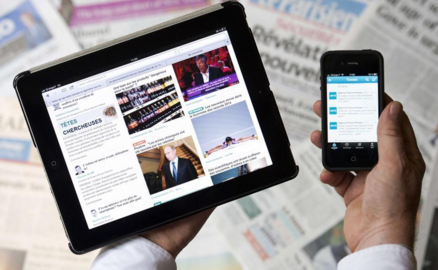