Why someone should be investing in the Greek Tourism industry today Some may think that the investment opportunities in the Greek Tourism Industry are something theoretical, difficult or even utopic. Greece’s tourism industry has flourished despite the country’ s ongoing economic crisis and is now the most attractive field for potential investors. It is not only the geographical location, the positive signs of a year-on-year improved infrastructure or the low labor cost that could be incentives for an investor, but mainly the new mentality of the Greek authorities who are now – more than ever – ready to welcome and help those efforts with an organized action plan.

Greece is the 16th most visited country worldwide, and 9th in the European Union. However Greece is the only country out of the European Top 10 most visited EU countries that has enjoyed double-digit growth rates for the last two years and continues to expect the same growth pattern in the future. In 2013, there was an increase of 15% over 2012 in international visitor arrivals and a 23% increase over 2014. This year 2015, Greece has hit another record year despite the adverse conditions with capital controls.

Consolidation is needed. Let’s look at the main aspect of the Spanish hotel industry. Spain is No 1 in Europe with over 60 million visitors and consolidation is over 60% either from International or Domestic Resorts chains. In Greece the corresponding percentage is 5% as most hotels are independent. Consolidation would have an impact on rates. Better rates would be achieved as guests would be prepared to pay a higher price for branded quality product and hotels also would lower their operating expenses due to synergies and economies’ of scale.

Greece has a strategic geographic location, a good established infrastructure and low labor costs. Those are pretty much known. What has recently changed in a positive way is the mentality of the Greek government and authorities, who are now more than ever ready to welcome and facilitate new investments. Additionally numbers do reflect the importance of tourism to the Greek economy. Tourism in total contributed 29.4 bn euros towards GDP for Greece in 2014, or some 17.3% of Greece’s total GDP. Out of this the direct contribution is 11.8 bn (or 7% of GDP). With regards to tourism’s contribution to employment, both the direct and indirect contribution is responsible for 19.4% of paid employment positions in the private sector.

Many concrete steps can be further taken. The contract for the concession of 14 regional airports to Fraport is a positive development for the air transportation and tourism sectors since a significant qualitative improvement in these key country gateways will be achieved.

Fast track law for large investments eliminating the Bureaucracy, the complexity of legislation and lack of transparency, since the law aims to facilitate investors by eliminating the critical obstacles that have prevented major investment in Greece. Why not expand the program so to provide the same benefits for investments of less than 100 m euros as well? A further crucial step in this direction would be the establishment of a stable long term tax framework for all foreign investments for at least 10 years.

The Juncker Plan for Investment in Europe is an opportunity to generate much-needed growth in Greek investments.

The importance of air connectivity as a major tourism development facilitator is evident. Regardless of the problems, many direct flights to Greece have been added in the last three years, and more will be added for 2016, both by scheduled and low cost carriers.

British Airways has increased the number of flights on its existing routes, but will also add two new destinations in 2016, namely Kalamata and Chania in Crete. Heraklion airport in Crete has been added as a new destination already in Lufthansa’s 2016 flight timetable. Aegean Airlines, Greece’s national carrier following the acquisition and merger with Olympic Air expanded its fleet, multiplied its international and domestic flights and destinations, better yielded its fares and managed to boost passenger traffic and sales value. Low cost carrier Ryanair also performed very well in 2014 & 2015, introducing six new domestic and international flights from Athens and reinforcing its presence in the Greek market. Ryanair announced for summer 2016 its 4th base in Greece serving Southern Europe.

Regarding the field with the biggest need for investment, I would point out the mid-market hotels, those which attract every year the largest number of tourists. Just a note that leisure travel spending generated 94.1% of direct Travel & Tourism GDP in 2014 compared with 5.9% for business travel spending. It is evident that Greece is a well-established holiday branded destination.

Many investments have been announced recently in the field of luxury hotels and this is very positive. Greek Tourism both needs and wants more luxury hotels. However, the backbone of the tourism economy is the middle segment, and there is a lot of space for new players here. Moreover, there is an even larger increase in demand for tourism in exactly this segment, meaning mid-market Resort hotels, due to instability in the major similar product/competitor countries such as Turkey and Egypt. Greece is a country of sustained historic stability. The strategic orientation of major tour operators towards Greece as a safe destination, amidst growing tensions and instability elsewhere, has boosted the Greek travel industry both in 2014 & 2015, and will do so in the future.

Pre-bookings for 2016 send a positive signal for the country’s travel industry, and the commitment shown by major tour operators is noteworthy. Positive moves have been made to increase traffic from existing established markets but to open as well new dynamic markets such as China and India. Moreover we expect the Russian market to return. Greece was impacted during the last two years by the loss of Russian travelers, but we now expect to see numbers raising again in 2016.

My motto in life is that the “The Journey is the Reward” and I strongly believe that if foreign investors choose Greece as their next destination, the reward will be surprising. 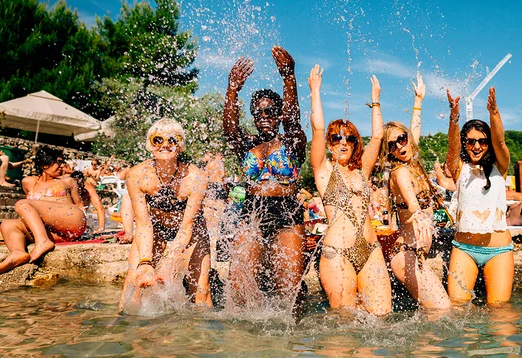